Excerpt from The Pole:

“Hey, guys!” Pete yelled from the latrine. Bobby and another barrack mate, Coop, poked their heads into the doorway.

“Listen up, guys. How about us meeting up at the Bunker at 2345.” Pete said, as he huddled over the bowl of a toilet, a nasty looking toothbrush in his hand. He turned back to what he was doing and continued to scrub the toilet with the toothbrush, now under the rim, as he talked.

“Eh, Coop, you go and round up the rest of the squad. Let them know that we’ll be meeting at the Bunker, at whatever time I said.” Pete said without looking up.

“Okay.” Coop said, and then promptly left the room.

Bobby went into the latrine and stood over Pete. For a long minute, Bobby stared into the ceiling.

“You know, Pete, if you weren’t such a disruptive influence–”

“Bobby-boy, don’t start with me!” Pete said, now scrubbing harder at the base of the toilet.

“Hey, those are the sergeant’s words. I think, you know, you shouldn’t go up against the sergeant.”

Pete stopped what he was doing and looked up at Bobby, sneering as he did so.

“You could be on latrine duty for the rest of your tour.” Bobby said.

“You got a toothbrush I can borrow?” Pete said, throwing the green stained bristled toothbrush at the trashcan. It bounced off one wall then off the adjoining wall and went into the can.

“Nothing but net!” Pete said, now standing up. “…and the crowd goes wild!”

“Look, we have got to talk!” Bobby said. Bobby took his tee shirt off and hooked it up under his belt. Pete stared at Bobby, deeply, darkly.

“If command finds out about this private war of yours the squad is going to go down in flames. You don’t want to see that do you?”

“You, my good man, DON’T HAVE TO GO IF YOU DON’T WANT TOO!” Pete screamed. “Neither does the rest of the squad.” Pete said, lowering his voice. “You’re right. This is my war. Come if you want to or don’t. I really could care less.” Pete sat down on the john.

“Could you get that brush for me?”

Bobby backed toward the door. When he reached it, he turned and went into the barracks. A moment later, he returned with his travel kit. He unzipped it and removed a pink toothbrush holder.

“Hey, my mother got it for me when I left earth, okay!” Bobby handed Pete his toothbrush and Pete returned to the meticulous job he had done so often.

“We’ll talk about it at the Bunker, okay?”

“Yeah, anything you say, Pete.” Bobby said as he walked over to a sink and removed a pink soap holder from his bag. He took out a bar of soap, turned the hot water tap on and started to wash his hands.

I am a genetic engineer on Kepler 186f, and I miss my cat, Tom. He passed away a month ago; I kept his DNA, though. I’ve experimented with the indigenous animals here, a cross between a Tribble and a cat.

Tom is back, but there so many of him, now! 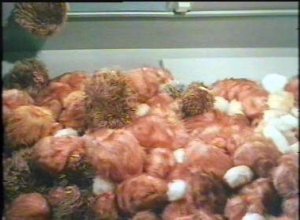 I feel good. No scars for a man who was in a near fatal car wreck.

“Not just yet.  We have to do more psych tests on you. The only thing we saved was your brain.” 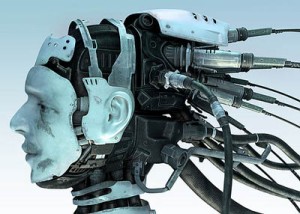 Its 120 degrees below zero. Jerry went out to do some last minute recon, he hasn’t reported in yet. He is two hours past due. We have to close the outside blast doors. It is a shame there are no Tauntaun’s.

Today, we found Jerry 30 meters from the doorway. 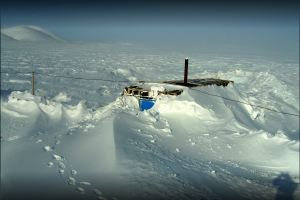 …Time. Tomorrow is my birthday. My doctor suggested that I quit my job and see the world, the Seven Wonders of the World. He mentioned that I should start in Egypt, and see the Pyramids. 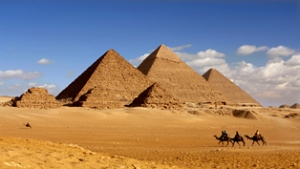 I am the sole survivor of my platoon. I have been in a firefight for the last 3 days on Planet Z-50. The enemy in now 300 meters away. I called for a missile strike it has yet to come.

No one noticed that Jerry McAfee fired an armed nuke.

There is a cave where my parents told me, never enter.  Inside is a beautiful flower called the Emerald green Crystal. They said it has magical powers, but only the right person can touch it. For all others it means death. 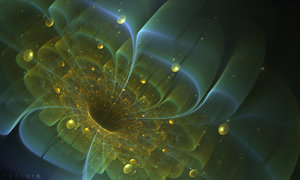